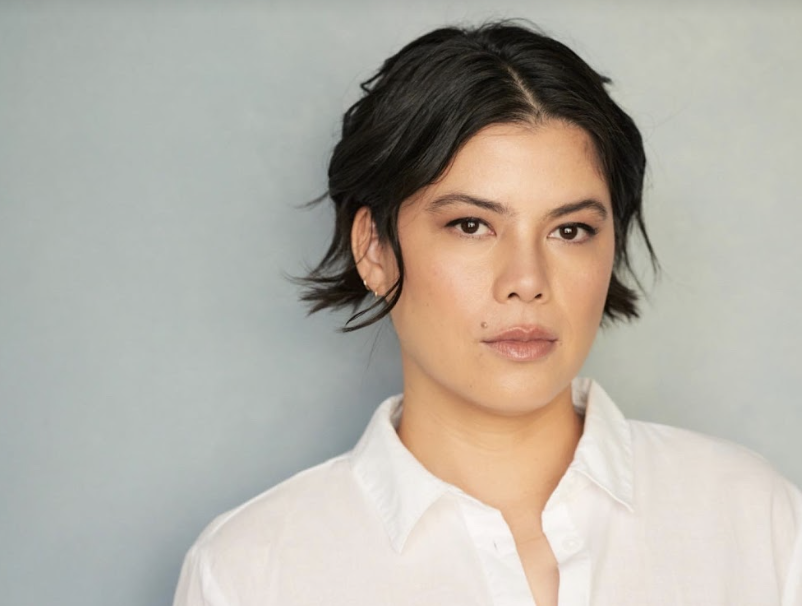 Many people, especially the younger ones, aspire to become movie actors. It reflects the influence of movies and films such as those from Hollywood on its viewers. Admittedly, everyone wants to take an acting career; however, very few individuals find their way through and become one.

Actor-Producer Jamie Ohlsen is not an exception. As a young kid, Jamie dreamed of being an actor in movies. She can attest that the road to your passion does not follow a straight path in life. Sometimes, you will get a detour in another direction, but eventually, you will end up in your dream profession.

Jamie’s aspiration to become an actor started at a young age. Her passion for acting developed within her because she loved watching movies.

“I would get lost in them. I had this fascination with movies. As a young kid, I have always thought it would be cool to be in the movie,” Jamie shared. However, being a filmmaker never crossed her mind when she was young. What she dreamed of was having an acting role in a movie. “I want to put myself in the movie like kids who want to put themselves in a video game. Movies played on my imagination when I was a kid,” she added.

Jamie said acting is one way to put herself in a movie. “I told my mom and my aunt, who’s like a second mom to me, that I want to do acting,” she said. They supported the young Jamie in her dream. They tried to get Jamie into auditions and get her a shot in her dream. Sadly, Jamie’s acting career did not take off at that time. “We ran into a lot of scammed artists,” she said.

It eventually derailed her dream of an acting career. “My mom didn’t have the time and the money to keep going around for auditions. So, I had to put my dream away,” Jamie said.

Jamie shelved her dream of becoming an actor and focused on finishing her schooling. When she graduated high school, she wondered what to do with her life. “I didn’t know what I wanted to do. So, I called my aunt to seek her advice,” she said.

Despite her hesitation, two days later, Jamie moved to Los Angeles. “I stayed with my aunt. She taught me how to do mortgage loans and real estate,” Jamie said. She ended up doing well in real estate.

However, in 2008, the market crashed, which greatly affected Jamie’s income source. “I did not save money. I had spent all of my earnings,” she added. But it didn’t worry Jamie much since she could make money through real estate again.

Jamie admitted that even though she made a lot of money from doing real estate, she felt within her that something was missing.

“I went on an inner search of what was missing,” Jamie shared. She had forgotten her old passion – film.

Jamie noted that back then, she did not see the connection of life’s detour to fulfill her childhood dream. “I learned network marketing and sold insurance without realizing that these things prepared me to become a successful producer. It will only make sense why my life is the way it was when I look back,” she said.

She realized that she still loves to do acting. “I searched on Google how to become an actor and went down the rabbit hole. I ended up getting a role as a DJ on a short film that night,” she said.

Jamie once met someone who told her she would be a great producer. I told him I only wanted to act and not produce a film. But he replied that I should be a producer if I wanted more control over my acting career. Honestly, I didn’t quite understand what he meant, but I just believed him,” she said.

Jamie was thankful that she believed him. “I researched how to become a producer and who the most successful producers were. What do producers do? I was simultaneously acting and producing,” she said.

“I realized that everything I have learned in those years of being an adult, like how to build rapport, network, and work on contracts, helped me become a decent producer. If you think about it, the life’s detour that I have taken prepared me to become a producer. Now, I see the connections,” Jamie said.

Jamie needed to become a realtor first to prepare her to become someone she should be – an actor and a producer. Her story is proof that sometimes, failure is just a detour to prepare you to become successful.

Now, Jamie is the Founder and CEO of Ohlsen Productions. In only four years of producing, she already earned 14 producer credits in short films, feature films, and TV movie pilots. She is currently working on several projects.

If you want to work with Jamie on a film project, visit her Instagram account at @JamieOhlsen and drop her a message.