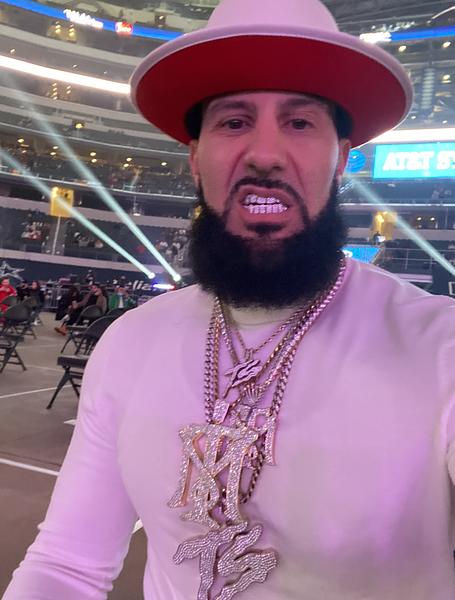 Depression is a prevalent issue in America. It’s estimated that nearly 50 million Americans struggle with a mental illness. Yet over half of them don’t seek treatment.

We spoke to entrepreneur Tony Montana to learn how he overcame depression amidst his journey of building a multi-million business.

Tony Montana is a legendary figure for many things. He is known for introducing one of the best cannabis strains in the market, known as Ferrari Runtz. Tony is the founder and owner of Tony Montana Exotics. He is currently involved in legal genetics and the cultivation of cannabis.

Tony is known for his athletic accomplishments. He was the head of the American delegation in the world indoor soccer championship in China in 2019 for the United States National Futsal Team. The U.S finished this place in the championship.

Tony was also a board member for the United States Futsal (indoor soccer) Federation since 1996. He was on the United States National Futsal team under 23 and competed in the World University game in 1996 in Finland.

Tony is also a legend in the hip-hop scene, where he has been involved for 20 years. He has worked with the most talented musicians in the rap scene, such as Fat Joe, Big Pun, and others. Tony has also helped many talented artists get on the right path in their musical careers.

No doubt Tony is the last person anyone would associate with depression. Yet there was a moment in his life when depression was a major battle. The challenges and pitfalls of starting and growing a business and more can lead to stress, loneliness, and burnout. These negative emotions, in the end, lead to depression.

Coming out of depression would not have been easy without the support of his friends and family. Tony points out that having people around you who check up on you and care about you helps in the battle against depression. Taking a break from time to time and being aware of your own emotions and thought processes can also help you steer away from depression. Montana states, “Ultimately, getting over your depression is up to you. There comes a time when you choose to push forward. Only taking the positive and ignoring the negative. Not looking at the big journey ahead of you but instead just taking it one step at a time.”

Tony managed to bounce back from depression. He focussed on his passion which has always been to help others. Tony realized that he had to take better care of himself as many families, including his own, depended on him.

Presently, Tony owns successful companies, all of which cater to a service he believes in. He has invested in things he is passionate about, such as developing soccer talent, helping someone with depression, or setting up a weekend getaway package for people to enjoy themselves on South Beach.

Tony’s business model is simple among them all. He doesn’t do it for money. He does it to provide an excellent experience for his customers.

You can learn more about Tony by checking out his Social.