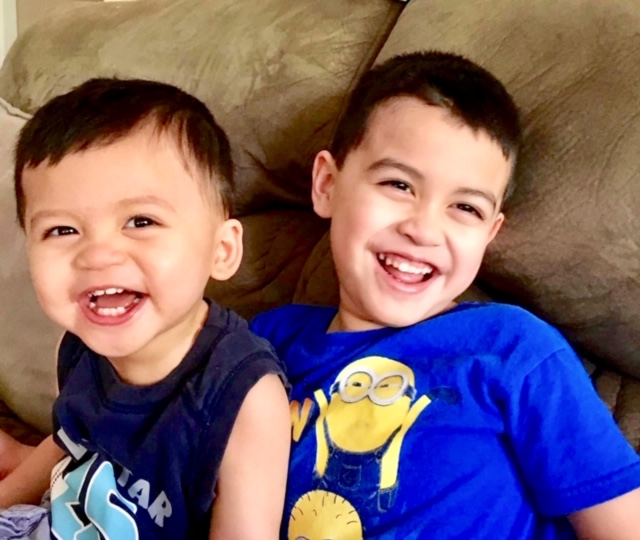 No one would expect that a vomiting child would lead to accusations of child abuse, but that is exactly what happened to Lorina Troy and her family. One misdiagnosis after another led to a two-and-a-half-year ordeal in which her children were removed from their home, felony charges were filed, and Lorina’s family racked up a huge amount of debt fighting the legal system.

In May 2015, Lorina Troy experienced one of the most devastating events a mother can go through: her children were removed from their home and placed in foster care. Lorina had two sons, one four years old and one five months old. The five-month-old, JJ, had been having issues with vomiting a lot and had a somewhat enlarged head. This eventually led to a misdiagnosis of child abuse and CPS removing the children.

JJ and his older brother, Kainoa, were taken from Lorina and Jason by Child Protective Services for five months. “A day I would never forget was the day our kids were put in foster care. I sobbed uncontrollably, seeing my boys cry as the officials took them away. I missed my kids every single day. Our house became as quiet as a graveyard.” The boys were returned home but Jason Troy still faced two felony child abuse charges until the third attorney the family talked to in 2017 found the evidence of hydrocephalus in JJ’s medical records from the day he was born.

In a recent report, the Federal Administration on Children, Youth and Families estimated that there are nine abused children for every 1000 in the population. But the report also says that only 20% of child abuse investigations are substantiated. The rest – 80% – are cases in which the children are found to not be victims of maltreatment. What the report doesn’t count is the number of investigations leading to the state taking the child from the parents and placing them in foster care before the parents are ultimately cleared of abuse. No one knows exactly how many incidences of this kind of misdiagnosis occur each year.

NBC News along with the Houston Chronicle recently did a yearlong investigation highlighting the plight of parents accused of child abuse based on mistaken or overstated reports by doctors. They received hundreds of stories just like Lorina’s. Everything from brain injuries to broken bones to skin conditions have been diagnosed as child abuse when they were in actuality, medical issues. These stories came from all over the United States demonstrating the nationwide nature of this issue.

Since her family’s experience, Lorina has become an advocate for families like hers that have experienced the devastating results from a child’s misdiagnosis. She has lobbied lawmakers in Texas and California to change laws on getting second medical opinions and the role of CPS in cases like these. She also talks to the press to raise awareness of Hydrocephalus and stories of misdiagnosis like hers and many other families across the country. Lorina says, “Our strength came from our faith, our prayer, and the love and support of family and friends. But we went through the most challenging events of our lives, and it has strengthened us.”

Lorina wants to make physicians, hospitals, judges, law enforcement and CPS aware that children can be misdiagnosed with child abuse when the child has a medical condition. She believes a nationwide law needs to be passed that would give a parent the right to get a second opinion on their child’s health from a medical expert, especially when there is no other evidence of child abuse.

Lorina has said there needs to be more awareness of the dangers of misdiagnosis within all the systems involved, from the medical system to law enforcement, to prevent false charges and wrongful convictions. She also stresses the importance of getting a second opinion, since she and other families she has spoken to were denied another medical opinion on their cases. “We understand that child abuse happens and we’re against that,” she said. “But there’s also the other side to it, where they quickly assume the worst, remove the children, charge the parents, put them in jail, and it’s just a huge nightmare. If they were to just hire a second medical expert to correctly diagnose the child, and then go from there, it would help so much. That’s why we’re really trying to push for this law to be changed.”

Lorina has now written a book, titled “Miracles of Faith,” that goes into the details of her family’s journey through the medical and legal systems and how their faith saw them through it all. She’s currently writing a second book, a continuation of the first, which will consist of her journey towards healing and advocating for legislative changes. “This is such a huge thing to raise awareness about, because it’s happening a lot more often than people are aware of,” she said. “There are other families that have children with the same medical condition, and they’re going through similar situations, according to the National Hydrocephalus Association.”